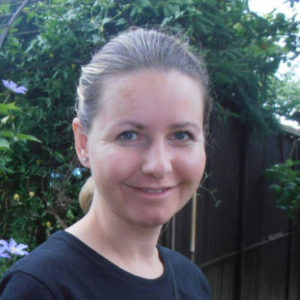 Crises, Disasters and Trauma Psychology is a relatively new area of applied psychology.

Over the past 30 years, there has been an increasing awareness of the impact of disasters on the civilian population. Increasing attention is being devoted to the effects of day-to-day crises and traumas on individuals, families and groups. Psychosocial responses by health personnel and community agents following events such as rape, armed robbery, hostage situations, violence, sudden bereavement etc., have gradually become a part of what is expected from services in many countries around the world. Current topics include, for example, intervention and responses following a terrorist attack, psychology within the terms of disaster victim identification, prevention of radicalisation, reinforcement of the resilience of individuals, groups and the community (especially vulnerable groups during disasters), the psychology of mass gatherings and evacuations, the psychology of migration, etc.

In the past 20 years Crisis, Disaster and Trauma Psychology has been established as an independent branch in many countries, depending on practical requirements. This concerns an applied discipline, which primarily utilises findings from forensic, clinical and social psychology, and findings from psychology applied by security forces, but is also based on related branches (security surveys, crisis management, disaster and emergency medicine etc.).

The objective of Crisis, Disaster and Trauma Psychology is to reinforce the safety and security of organisations or societies, support resiliency and recovery and limit the psychosocial effects of disasters. Psychologists can contribute recommendations towards disaster planning and disaster response and they should adhere to quality standards for psychological intervention in crisis and disasters while doing so.

The role of psychology is both to provide direct services based on sound psychological principles and a sound evidence base, as well as to ensure psychosocial crisis management and to provide good quality training to other groups.

International collaboration of psychologists in disaster psychology is essential not only due to the high level of mobility of people and information in today’s world, but also due to the fact that disasters and terrorism do not respect borders.