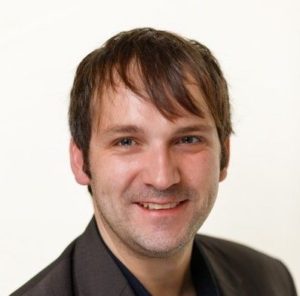 Florian Stoeck, born 1983, is a german psychologist and criminologist. He is specialised in crisis and disaster psychology and also forensic psychology.

Florian Stoeck is lecturer for criminology and psychology at a german university, working for police authority and also as forensic psychologist in prison. Furthermore he is a self-employed crisis and disaster psychologist where he is working with people who have been affected by traumatic incidents.

Since 2012 Stoeck is member of the Board on Crisis and Disaster Psychology of the German Psychologists`Association, since 2016 he is the german representative in the Standing Committee on Crisis, Disaster and Trauma Psychology of EFPA.
For more than ten years he was chairman of Bad Kissingen County’s Department of Psychosocial Crisis and Disaster Support of Bavarian Red Cross and also one of the appointed crisis and disaster managers in the district (leading function in managing major incidents).

From 2005 to 2009 he was involved in implementation, expansion and networking of psychosocial disaster and emergency support in Bavaria and in charge of the operational implementation in Lower Franconia as a member of the steering committee Fachdienst PSNV of the national association of Bavarian Red Cross. Later this was followed by scientific activities in Harburg Alliance Against Depression (Hamburg) and at Middlesex University London.