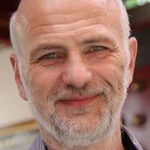 Comparative psychology covers an important field of research connecting studies of human and animal behaviour, cognition, perception, and social relationships from a comparative perspective. Many cognitive tasks and experimental settings were originally developed by developmental psychologists but were successfully adapted to make a comparison between behaviour of human and non-human primates in various aspects of cognition (e.g., object permanence task).

Recently, there are several reviews showing similar cognitive abilities not only between human and non-human primates, but also of some birds and mammal species. The numbers of neurons that are known for principal bird and mammalian orders may serve as biological correlates of cognitive capabilities (Olkowicz et al.2016, Herculano-Houzel 2017). However, comparing cognitive skills of birds, reptiles and especially fish is a challenging task of many research dealing with comparative cognition.

The current differences in cognition may be a result of the previous or undergoing selection on solving more ecological cognitive tasks, like predator discrimination, spatial navigation, or foraging that animal and human ancestors had to solve in their daily lives. The cognitive capacity developed under these conditions very well corresponds with specific cognitive abilities like categorization, generalization and perceptual learning previously found in various experiments conducted in captivity.

Not only the species’ cognitive abilities, but also individual personality traits determine differences in cognitive performance in both humans and animals (Carere and Locurto 2011). Comparative cognition is a challenging field of psychology and behavioral sciences enabling elucidate evolution of cognitive abilities.