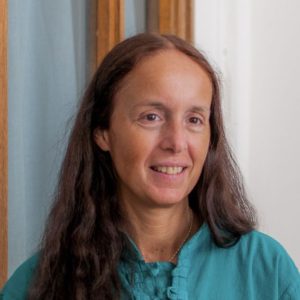 Psychotherapy can be described as an informed and deliberate use of clinical methods and interpersonal attitudes, based on recognized psychological principles, with the intention of helping people change their behaviour, thinking, emotions and/or personal characteristics in a direction that both sides consider desirable. (Prochaska, Norcross, 1999, p. 16). In its modern form, psychotherapy began to form at the turn of the 19th and 20th centuries as a specific treatment of psychosomatic diseases. In addition, however, it has gradually become a significant civilizational and cultural phenomenon that has exceeded the definition of care for the sick people. Psychotherapy as a transdisciplinary field includes knowledge of medicine, psychology, philosophy, linguistics, art, and other sciences of man which at the same time has an influence on it. In addition to its original narrow focus on the treatment of mental disorders it is engaged in promoting health and cultivating the lifestyle of individuals and the whole society.

The wealth and industrial progress of developed societies not only bring about positive changes and prospects but also great risks and threats such as the ubiquitous stress associated with life in a society full of demands or an alienated existence. More than a hundred years of development of psychotherapy shows that we can not see it as a universal cure for our life's troubles but its contribution to the development of both individuals and societies has become an indisputable and self-evident part of our culture. It combines in itself the schools of different paradigms where we can generally talk about more science based (evidence based) approaches and hermeneutically based (experience based) approaches. It corresponds to the classical dichotomy of culture-nature, respectively res cogitans – res extensa. Lessons learned from the development of psychotherapy help us see now that if these two basic approaches are not in conflict and instead interact and complement each other it is useful not only for professionals and their patients but also for healthy people and the field itself.

Psychotherapy has contributed to anchoring the bio-psycho-social paradigm when helping mentally suffering people. Through practical and research-based knowledge it also enriches human sciences. These include topics such as primary emotional preoccupation and attachment between the child and the parent, including the consequences of their deficits; physical and psychological trauma and management strategies; findings of neuroscience about the possibilities of psychological-psychotherapeutic influence on the biological functioning of the brain; mindfulness; altered states of consciousness; mentalization and others. Overall, the dialogical, intersubjective basis of the psychotherapeutic approach fundamentally influences our perception of the development and functioning of the individual and the human community. In this sense, we can think about psychotherapy in the intentions of the ideas of the Czech philosopher and dissident of the totalitarian regime Jan Patočka: psychotherapy can have something to say both in the "care of the soul" of the individual and the whole human polis.