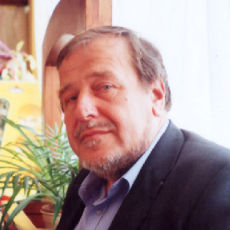 History of psychology is a field of psychology that can be defined by two ways - either as the history of thinking about the phenomena, which can be described as psychological (including the philosophical ideas) or as the history of modern psychology as the scientific discipline. This double view and contradiction was described already by Hermann Ebinghaus in 1908 when he wrote that „psychology has a long past but a short history“. People were interested in psychological knowledge since time immemorial but first during the 18th and 19th centuries number of studies were conducted which can be described as psychological. Psychology - as a an independent science - separated itself from philosophy under the influence of natural sciences (especially medicine and physiology) in the second half of the 19th century. Up to now, there are two main paradigms present in psychology: the spiritual, rather philosophical, and natural scientific, rather objectivistic, based on experimental approach, and derived more from the natural sciences.

History of Psychology is concerned with understanding the historical events and important people who have shaped the development of both psychological thought and practice.

The international co-operation of psychologists concerned with History of Psychology in different countries and places of the whole world will be endorsed by the taking part in the unique event - the ICP 2020 congress. History of Psychology has no borderlines or frontiers and represents a common issue related to all psychologists all over the world.