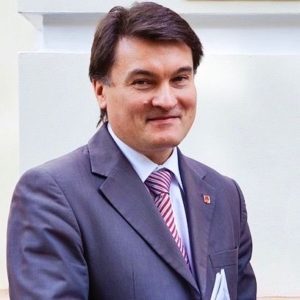 Speech title:
Crossroads and Labyrinths of Psychology: from Classical Patterns to Post-Nonclassical Future

Dr. Zinchenko is a well-known scientist in Russia and abroad specializing in the methodology of psychology and the psychology of safety. He has successfully developed and applied Lev S. Vygotsky’s Cultural-Historical approach to fundamental psychological research from the perspective of postnonclassical methodology; together with academic Viktor A. Sadovnichy, he suggested and used supercomputer calculations to process data packages and formalize patterns of the functional state of humans under extreme conditions; was the first scientist in Russia to have used the technologies of virtual reality (CAVE format) in psychological research; developed scientific and methodological recommendations on the implementation of safety practices aimed at preventing youth from getting involved in terrorist activities; developed a dynamic model of the psychological security of the individual that and society.