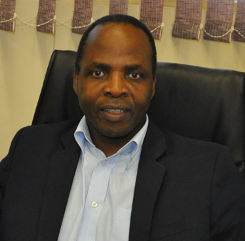 Speech title:
Botho/Ubuntu as a foundation for an African-centred and contextually relevant psychology

Prof Sodi has published widely and has presented more than 70 papers at national and international conferences. In 2012 and in 2018, he was awarded a C rating by the National Research Foundation (South Africa). This six-year recognition award is given to scholars with a sustained recent record of productivity in their field and are recognised by their peers as having produced a body of quality work. He has also received a number of awards in recognition of his scholarly achievements. These include: the University of Limpopo (UL) Vice-Chancellor’s First Place Award for “Best Established Researcher in the School of Social Sciences” and, the PsySSA award for Mentoring and Developing the Careers/Studies of Students, Psychologists or Colleagues. Prof Sodi’s key areas of research interest include: culture and mental illness/health; suicide; behavioural medicine; mental retardation; and, mental health policy