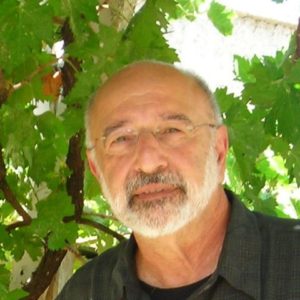 Raymond F. Paloutzian, PhD, received his doctoral degree from Claremont Graduate School in 1972. He is Professor Emeritus of experimental and social psychology at Westmont College, and consultant to the Religion, Experience, and Mind (REM) Lab Group at the University of California, Santa Barbara. He has been a Visiting Professor teaching Psychology of Religion at Stanford University, and Guest Professor at Katholieke Universiteit Leuven, Belgium.

For 18 years Dr. Paloutzian was Editor-in-Chief of The International Journal for the Psychology of Religion. With A. Kalayjian, he co-edited Forgiveness and Reconciliation: Psychological Pathways to Conflict Transformation and Peace Building (Springer, 2010). With C. Park he co-edited the Handbook of the Psychology of Religion and Spirituality (Guilford, 1st ed. 2005; 2nd ed. 2013).  Finally, he co-edited (with H.-F. Angel, L. Oviedo, A. L. C. Runihov, & R. J. Seitz, R. J., Process of Believing: The Acquisition, Maintenance, and Change in Creditions (Springer, 2017).

He has given invited talks on “The Psychology of Religion in Global Perspective” in various countries around the world. He is presently involved with two collaborations -- one at the University of Graz, Austria, on believing as a fluid and fundamental psychological process manifest as conscious or non-conscious meaning making, and another beginning at the University of Istanbul and now at Firat University, Turkey, on the psychological factors affecting Syrian refugees in Turkey from the War in Syria – scholarship fully international in character, scope, and implications.