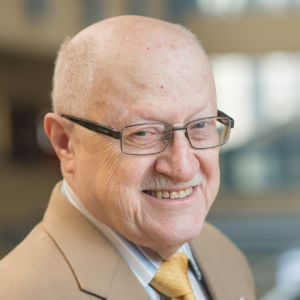 Peter Suedfeld was born in Hungary and immigrated to the United States after World War II.  He received his BA from Queens College of the City University of New York, and his MA and PhD in experimental psychology from Princeton University.  He taught at the University of Illinois and Rutgers University prior to joining The University of British Columbia in 1972 as Head of the Department of Psychology.  He later became Dean of the Faculty of Graduate Studies, and now holds Emeritus status.

His research, published in seven books and over 300 book chapters and journal articles, has focused on the strengths of people as they cope during and after experiencing extreme, unusual, challenging, and traumatic events and environments.  His methodology has included laboratory experiments in profound stimulus reduction, fieldwork in the Antarctic and the High Arctic, and interview and questionnaire studies with Holocaust survivors, prisoners in solitary confinement, and astronauts.  More recently, he has been developing and applying methods of quantitative content analysis to archival material produced by individuals in those groups as well as solitary sailors, early explorers, mountain climbers, and high-level political and military leaders in situations of personal, national, and international stress.

Among Suedfeld’s many honours, he is an Officer of the Order of Canada, a Fellow of the Royal Society of Canada, and the recipient of the Canadian Psychological Association’s Gold Medal for lifetime achievement. He holds the Canadian Polar Medal, the US National Science Foundation’s Antarctica Service Medal, and awards for scientific achievement from the International Society of Political Psychology, the Canadian Psychological Association, and the Royal Canadian Geographical Society. He has received the first honorary doctorate ever conferred by the Université de Nîmes. He has served on many advisory and consultative committees in the United States and Canada, and has chaired the Canadian Antarctic Research Program and the Life Sciences Advisory Committee of the Canadian Space Agency.