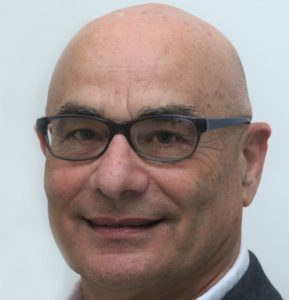 More recently, between 2011-17,  he contributed to the development of the profession internationally as President Elect, President and Past President of the International School Psychology Association. Prof Bartolo has also had a long standing interest in the enhancement of social justice and inclusion in education and society both nationally and internationally: he was coordinator of the National Curriculum Focus Group for Inclusive Education (2001-03), of the Research Group on Inclusion and Special Educational Needs of the Association for Teacher Education in Europe (2003-10), and of a European Erasmus project among seven countries on Responding to Student Diversity (2004-07). He was a consultant on a number of cross-European projects on the development of inclusive education of the European Agency for Special Needs and Inclusive Education (2011-18).

He is section editor for the current Springer Encyclopedia on Teacher Education on Inclusive education and social justice: equal respect and opportunities for all. He was awarded the Tom Oakland Outstanding Interntional Scholar Award by the International School Psychology Association in 2018. His recent publications include: (2010) Why school psychology for diversity; (2015) Winning people’s hearts: How inclusion and exclusion informed the Malta general election campaign of 2013; (2015) The Role of Psychologists in Inclusive Settings; and (2019) An adapted ecosystem model for inclusive early childhood education: a qualitative cross European study.