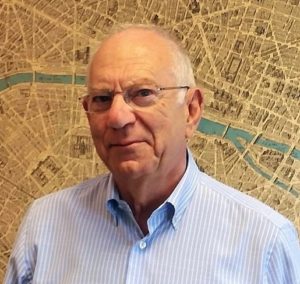 Michel Denis, a psychologist trained at Sorbonne University, joined the Centre National de la Recherche Scientifique (CNRS) in 1968. After 51 years of service in psychology and cognitive science institutes, he now holds a position of Honorary Senior Scientist at CNRS. His area is cognitive psychology and neuroscience, with connections to human-machine communication and ergonomics.

Michel Denis developed a large-scale research program on the role of mental imagery in human cognition, in particular on the construction of mental images from language. He conducted the very first neuroimaging studies ever conducted in France on mental imagery. He later extended his research to the area of spatial cognition, with a special focus on the role of image and language in the building of spatial knowledge, as well as the design of language-based navigational aids. In 1992, he joined a computer science laboratory, LIMSI-CNRS, in Orsay, where he established a team of psychologists interested in the cognitive aspects of human-machine interactions. He used virtual reality technologies to study the processes responsible for the construction of spatial representations and navigational capacities. He received an award from the French Academy of Moral and Political Sciences (2017).

Michel Denis is the author of about 200 publications in international scientific journals and edited books. His latest book, "Space and Spatial Cognition: A Multidisciplinary Perspective" (Routledge, 2018), provides a comprehensive review of all facets of spatial cognition, as approached by psychology, neuroscience, geography, architecture, linguistics, and the visual arts.

He has taken on responsibilities in a number of national and international research agencies (such as CNRS and ERC) and organizations (ICSU). He received an honorary doctorate from the University of La Laguna, Spain, and was nominated Honorary Member of the European Society for Cognitive Psychology (ESCOP). In 2011, he was awarded the title of Chevalier de la Légion d'Honneur.

From 1992 to 2008, Michel Denis sat as Executive Committee member of the International Union of Psychological Science (IUPsyS). He held the office of President of the Union (2000-2004). Since 2008, he is Honorary Life Member of the EC of the Union.