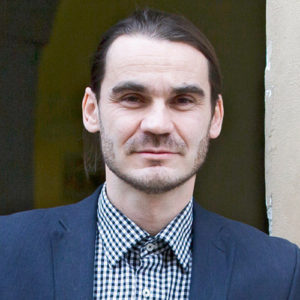 Speech title:
What happens on global scene with education and training in addiction science: a story of emerging new professionals, professional identity and comprehensive university study programs in addictions

He started his professional career as a prevention and counselling worker in the Podané ruce association (NGO) in Brno, where he later worked as the head of the Elysium psychotherapeutic day-care centre and the manager of the Department of Treatment Facilities. In parallel, he developed his expertise in clinical psychology at the Brno-Bohunice Clinic of Psychiatry. From 2001 to 2005 he was affiliated as a researcher with the Institute of Psychology of the Academy of Sciences of the Czech Republic and worked as a lecturer and researcher at the Department of Psychology of the Faculty of Arts of Palacky University, Olomouc, where he was especially concerned with research methodology, substance use treatment and prevention, and film-oriented narrative psychology.

In 2005 he was appointed as the head of the Centre for Addictology at the Department of Psychiatry of the 1st Medical Faculty, Charles University, Prague. In January 2012 he became the head of the Department of Addictology, an independent institution created by the merger of the Centre for Addictology and the Addiction Treatment Unit of the General University Hospital (“U Apolináře”). Since 2008 he has held the office of the Vice-dean for non-medical study programmes at the 1st Faculty of Medicine, Charles University, Prague. From 2016 to 2018 he was the president of the International Society of Addiction Journal Editors (ISAJE).