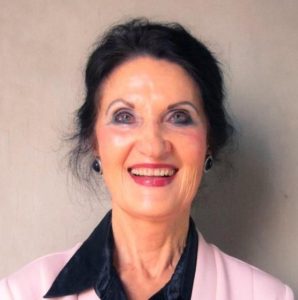 Marié Wissing is a clinical psychologist and professor in the Africa Unit for Transdisciplinary Health Research (AUTHeR) at the North-West University in South Africa where she had previously been the director of the School for Psychosocial Behavioural Sciences. She lectured at various universities in South Africa and Europe and has teaching experience in clinical psychology, neuropsychology, industrial psychology and positive psychology. She developed a research programme in Psychofortology (i. e. the science of psychological strengths), starting in 1997, including multi-disciplinary team projects.

Her current research focus is on the understanding, measurement and promotion of psychosocial well-being and strengths in diverse contexts, with a particular focus on meaning, goals, relational well-being, and harmony. A new meaning and relatedness model with harmony as well-being outcome has been proposed and is being explored further. She is a core member of the international Eudaimonic-Hedonic Happiness Investigation (EHHI) project, lead by Antonella Delle Fave, which explores facets of well-being across five continents.

Marié is a co-editor of the Journal of Happiness Studies and a member of the editorial board of several other disciplinary journals. She edited the book Well-being Research in South Africa, guest-edited a special journal section on Meaning and Relational Well-being, published many articles in influential journals and chapters in scientific books with high standing publishers such as Springer and the American Psychological Association, and presented at many international conferences - also as a keynote speaker. She initiated the First Positive Psychology Conference in South Africa, developed first masters degree in Positive Psychology in Africa, and was involved in the organization of the First Africa Conference in Positive Psychology in 2018.

She is a nationally (NRF) rated researcher, received research funding from research agencies, and evaluates research proposals for various international research foundations. She received the Stals prize for contributions to Psychology by the South African Academy for Science and Arts. One hundred and eighteen masters and doctoral degree students completed their studies under her (co-) supervision. She is a member of the Academy of Science of South Africa, and is on the Council of Advisors for the International Positive Psychology Association (IPPA).