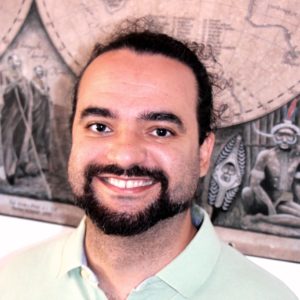 He received his degrees of Master of Science (2007)  and Ph.D. (2011) in Experimental Psychology at the Institute of Psychology from University of São Paulo. He was a visiting student at The NeuroArts Lab. in the Dep. of Psychology, Neuroscience & Behavior at McMaster University - Hamilton, ON, Canada (2010). He is a reviewer for Revista Estudos de Psicologia (Natal) and a reviewer editor at Evolutionary Psychology section in Frontiers of Psychology.

He has many international collaborations and publishes in journals such as Scientific Reports, Personality and Individual Differences, Evolution and Human Behavior, Frontiers in Psychology, Behavioural Processes, Archives of Sexual Behaviors, Rock Art Research, American Journal of Human Biology, Advances in Methods and Practices in Psychological Sciences. He has in ScienceBlogs Brazil the blog 'MARCO EVOLUTIVO - Evolution and Human Behavior' and also did freelance as science and health reporter for companies such as Folha de S.Paulo and Natura.