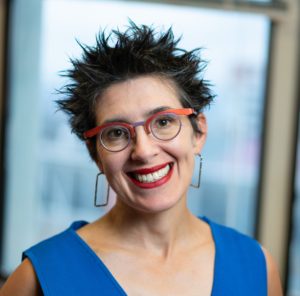 Professor of Psychology and Gender Studies
University of Utah

Lisa M. Diamond is Professor of Psychology and Gender Studies at the University of Utah.  She studies the expression of sexual attractions and sexual identity over the life course, and the influences of early life experiences on later sexual development.  Dr. Diamond is best known for her research on sexual fluidity, which describes the capacity for individuals to experience shifts in their pattern of same-sex and other-sex attractions over time.

Her 2008 book, Sexual Fluidity, published by Harvard University Press, describes the changes and transformations that she has observed in the sexual attractions, behaviors, and identities of a sample of lesbian, bisexual, and “unlabeled” women that she has been following since 1995.  Sexual Fluidity has been awarded the Distinguished Book Award from the American Psychological Association’s Society for the Study of Lesbian/Gay/Bisexual/Transgendered Issues.

Dr. Diamond is co-editor of the APA Handbook of Sexuality and Psychology and is a fellow of two divisions of the APA.  Dr. Diamond has published over 120 articles and book chapters, and has been invited to present her research at over 100 national and international Universities and conferences She has received awards for her work from the Developmental Psychology and LGBT Psychology Divisions of the APA, the American Association of University Women, the International Association for Relationship Research, the Society for the Scientific Study of Sexuality, and the Society for the Psychological Study of Social Issues.