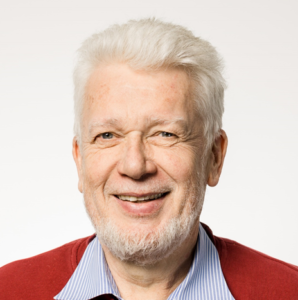 Klaus Boehnke holds the Chair of Social Science Methodology at Jacobs University Bremen, Germany, since 2001. In addition to his professorship at Jacobs, he is Deputy Chair of the International Center for Sociocultural Research at the Higher School of Economics in Moscow. He earned his PhD from Berlin University of Technology in 1985. From 1986 to 1993 he was assistant and associate professor at the Department of Education of the Free University of Berlin; from 1993-2001 he was full professor at the Department of Sociology of Chemnitz University of Technology. He has held numerous offices in science associations. Among others, he has been member and senior advisor of the Committee for the Psychological Study of Peace (CPSP), a committee of the International Union of Psychological Science (IUPsyS) from 1988 to 2006.

Currently he is President of the International Association for Cross-Cultural Psychology (IACCP). Building upon a strong background in statistical methods, Boehnke engages in political socialization research. He has published in leading English-language journals, including Science, the American Journal of Sociology, the Journal of Personality, and the Journal of Marriage and Family, as well as in all leading German social science journals.

More recently he has engaged in research on determinants and consequences of social cohesion for Bertelsmann Stiftung. This research focus reflects Boehnke’s strong emphasis on interdisciplinary cross-culturally comparative research as it connects approaches from social and developmental psychology with conceptual considerations more prominent in sociology and political science than in psychology.

His studies address the question what keeps social entities together and what endangers them to break apart. In relation to outcomes of social cohesion (SC), he corroborated the finding that high levels of SC in a social entity (state, region, neighborhood) covary positively with happiness and subjective wellbeing, whereas the relationship with objective health measures remains questionable.

Other recent topics of Boehnke’s research are the epidemiology of acceptance of diversity in different social contexts and the determinants and outcomes of people’s place identity (German: Heimatverbundenheit). In 2019, Boehnke received the Fukuhara Award of the International Council of Psychologist in honor of his excellence in service and research.