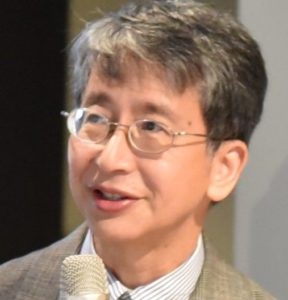 Dr. Keng-Chen Liang is a professor at Department of Psychology, National Taiwan University, where he received his BS & MS in psychology. He earned his PhD at 1982 from Department of Psychobiology, UC Irvine working with Dr. James McGaugh on how peripheral epinephrine affected consolidation of fear memory via the amygdala in rats. In postdoctoral training, he studied effects of corticotropin releasing factor on startle with Dr. Michael Davis at Yale. He joined Department of Psychology at NTU in 1980s and pursued his work on neurobiology of affective learning, particularly fear memory. His early studies focused on anatomical, pharmacological and physiological bases underlying acquisition, formation and retrieval in an inhibitory avoidance task that involves classical and operant conditioning, he found that such learning engaged neural plasticity widespread in the brain in addition to the amygdala.

He also showed that in contextual fear conditioning the brain forms multiple copies of context-shock memory: In addition to a simple CS-US association in the amygdala, the hippocampus may combine the shock with all contextual cues into a configural representation that supports pattern completion in retrieval. His recent research has extended into social learning of fear by investigating how monitoring a conspecific model to avoid shocks would facilitate the observer’s subsequent learning to do the same. It was found that the success of observation learning relied on the ability of an observer’s grasping the contingency in model’s behavior. The ability of sensing other’s situation supported altruistic acts and was related to neuronal activity in certain cortical regions of rats. In cooperating with colleagues Dr. Liang also studies consolidation of human memory by fMRI.

His work has been published in major international journals and books. He received the Excellent Research Award in 1990, 1996, and 1998 from Ministry of Science and Technology. He enjoys teaching undergraduate and graduate courses in Psychology and Neurosciences and received the Best University Teaching Award in 1998 and 2009. He serves as the National Chair Professor in Social Science from 2016 to 2019 awarded by Ministry of Education and the Taida Chair Professor from 2019 to 2022sponsored by National Taiwan University.