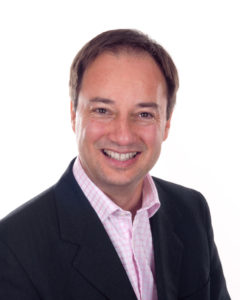 Speech title:
State of the art of the coaching research

Jonathan Passmore is a chartered psychologist and holds five degrees, including an MBA and a doctorate in occupational psychology, as well as a post-graduate certificate in coaching and two professional qualifications. His doctoral thesis focused on the coaching relationships and behaviours. His current research interests include coaching supervision and ethics, neuroscience of coaching, coach impact evaluation and coaching competences.

Jonathan has published widely with over 100 scientific papers and book chapters. He has edited and written 30 books (including Excellence in Coaching, Appreciative Inquiry for Change Management and Top Business Psychology Models) and delivered 200 conference papers. He is series editor of the Wiley-Blackwell Handbook series on organisational psychology.

Jonathan has won several international awards, including the Association for Coaching Global Award (2010), the British Psychological Society Coaching Research Award (2012) and the Association for Business Psychology Chairman's Award for Excellence (2015). He also won Best Article 2019 'Coaching at Work'. Jonathan has held a number of executive and non-executive board roles and worked for global consulting firms, including PwC and IBM Business Consulting. Most recently he was managing director of Embrion, a psychology consulting company with clients such as Technip and HSBC; he has advised professional bodies such as the Institute for Leadership and Management and the European Mentoring and Coaching Council.