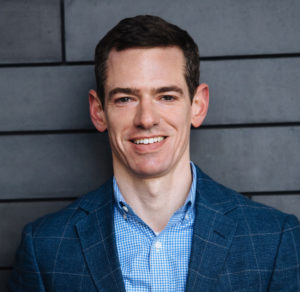 Dr. John Pachankis is the Susan Dwight Bliss Associate Professor of Public Health and Psychiatry at Yale where he directs Yale’s LGBTQ Mental Health Initiative. His goal is to bring effective mental health treatments to LGBTQ people around the world and to identify strategies for overcoming the significant barriers that exist to getting such treatment into the hands of those LGBTQ people in greatest need.

With funding from the US National Institutes of Health, he develops and examines the efficacy of LGBTQ-affirmative interventions delivered via novel technologies (e.g., smartphones), in diverse settings (e.g., Eastern Europe, Appalachia), and with diverse segments of the LGBTQ community (e.g., rural youth, queer women, men of color). These treatments have shown strong and sustained reductions in depression, anxiety, suicidality, substance use disorders, and HIV risk across several randomized controlled trials.  Dr. Pachankis has published over 100 scientific papers on LGBTQ mental health and stigma. This work appears in journals such as Psychological Bulletin, American Psychologist, Developmental Psychology, Journal of Consulting and Clinical Psychology, AIDS, and Health Psychology.

He has also recently co-edited the Handbook of Evidence-Based Mental Health Practice with Sexual and Gender Minorities published by Oxford University Press. His research has had national and international scholarly, legal, and popular impact and he has received several awards from the American Psychological Association including awards for Distinguished Contributions to the Advancement of Psychotherapy, Distinguished Contributions to Psychology in the Public Interest, and Distinguished Scientific Contribution to LGBTQ Research.He received his Ph.D. in clinical psychology in 2008 from the State University of New York at Stony Brook and completed his clinical psychology internship at Harvard Medical School / McLean Hospital.