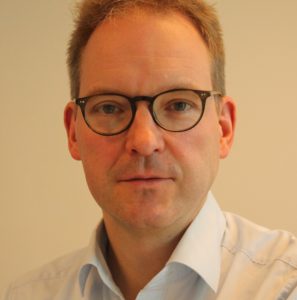 Jochen Peter (Ph.D., 2003, University of Amsterdam, the Netherlands) is a Full Professor in the Amsterdam School of Communication Research, ASCoR, at the University of Amsterdam. From 2013 to 2018, he was the Scientific Director of ASCoR. In 2009, the International Communication Association (ICA), the largest international academic association for the study of communication, awarded Jochen its Young Scholar Award for outstanding early career research. In 2019, he was named Fellow of the ICA in ‘recognition of contributions to the study of human and mediated communication.’ He has received a competitive Veni as well as a Vidi grant from the Dutch Research Council (NWO). In 2016, Jochen was awarded a Consolidator Grant from the European Research Council (ERC) to study social robots and children. To date, his research has received numerous awards from international academic associations.

Jochen has published more than 100 journal articles and book chapters. His research focuses generally on how young people’s use of new communication technologies affects their psycho-social development. In his earlier research, Jochen investigated in particular the impact of online communication on teenagers’ sociality. He also studied whether sexually explicit material on the internet is related to adolescents’ sexual attitudes and behavior. In his latest research, he specifically deals with the antecedents and consequences of children’s interaction with social robots.