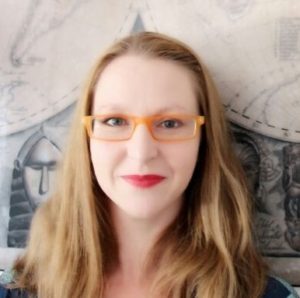 I have graduated in Liberal Arts and Humanities at the Charles University in Prague (2000-2004), and since then I have specialized in Human Ethology, studying human sexuality, in particular sexual orientation from the evolutionary point of view. I continued to study master degree at the same faculty at the Department of Anthropology (2004-2006), and I finished my studies with Ph.D. study of Anthropology - An Integral Study of Man (2006-2010).

During my Ph.D., I worked as a researcher at the Department of Anthropology, Faculty of Humanities, Charles University in Prague, and after finishing my Ph.D., I worked as a post-doc fellow researcher at the Center for Theoretical Study (2010-2015), a common workplace of the Charles University in Prague and the Academy of Sciences of the Czech Republic. Since 2015, I have been working at the Department of Experimental Psychology, Institute of Psychology, University of São Paulo (USP), Brazil.

I have research experience in particular in the area of evolutionary psychology and anthropology and human ethology. My primary research interest has always been human sexual orientation, and it's proximate and ultimate causes. I further focused on research of sex atypical traits, differences between men and women in sexual strategies, sexual orientation attributions, mate preferences and mate choice and I have also been studying dynamics of long-term relationships, such as factors influencing relationship satisfaction, homogamy, complementarity, and jealousy. Recently I have been focusing on evolutionary aspects of appearance modifications. Most of my research is cross-cultural.

Title of the talk: Resolving the evolutionary puzzle of sexual orientation