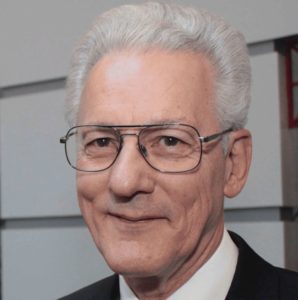 Dr. Janel Gauthier is Past President of the International Association of Applied Psychology (IAAP), Professor Emeritus of Psychology at Laval University in Canada, and a past president of the Canadian Psychological Association. He received his doctorate in psychology from Queen’s University at Kingston, Ontario, Canada, in 1975. He has over 200 research and professional publications on the applications of behavioural, cognitive, and social psychology in the treatment of anxiety and mood disorders, the enhancement of low social self-esteem as well as the management of grief reactions and chronic headaches. Since 2002, ethics and human rights is the main focus of his research, publications, and lectures. He also is a member or the chair of ethics committees for national and international organizations in psychology and outside of psychology.

One of his most important achievements is arguably the development of the Universal Declaration of Ethical Principles for Psychologists under the auspices of the International Union of Psychological Science (IUPsyS) and the International Association of Applied Psychology (IAAP) and IAAP. He created and chaired the international working group that drafted the document. The Universal Declaration was unanimously adopted by the General Assembly of IUPsyS and the Board of Directors of IAAP in Berlin in 2008. It was the result of a six-year process of research and broad international consultation.