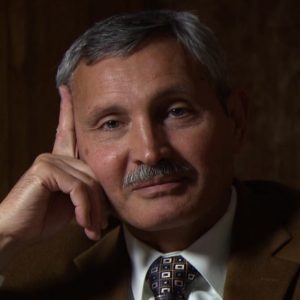 Dr. Gouws both researched and gained extensive firsthand experience of the resourcefulness required from soldiers and their commanders, when faced by the insurmountable obstacles posed by the stress of being deployed in combat zones (complicated by the pressures from the international political arena, the reactions of the civilian population to the casualties of battle, as well as the strain placed on society in general), during long term sustained military operations.

Dr. Gouws commenced his military service in 1973. He served as the Assistant Military, Air and Naval Attaché in Lisbon, Portugal from June 1985 until August 1988, where he was awarded the Military Merit Decoration, Class 2 (Senior Officers) for meritorious service. This was the first time in the history of military ties between the two countries that an RSA AMANA was thus honoured for his diplomatic representation. Dr. Gouws also received the South African Military Merit Medal (post-nominal title MMM), the Good Service Medal (Bronze), the General Service Medal, and the Unitas Medal.

On January 1, 1990, Dr. Gouws was appointed Head, Department of Industrial Psychology, Faculty of Military Science, University of Stellenbosch. During his tenure he developed this Department into one of the leading and most professional academic training institutions in South Africa. He also developed an undergraduate and post-graduate academic training module in Military Psychology, a first in Africa at the time. Dr. Gouws immigrated to Canada in July 1995.

Dr. Gouws treats military, veterans, and first line responders. He lectures on the psychological effects and impact of war. He is often quoted in the media. He has published several book chapters and papers on Military Psychology, as well as presents some of his work at IMTA and IAMPS Conferences.