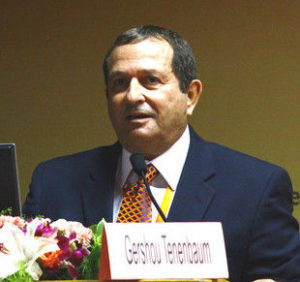 Prof Gershon Tenenbaum was the Benjamin S. Bloom Professor of Educational and Sport Psychology at Florida State University (2000-2019). He is currently a Professor in the B. Ivcher School of Psychology in the Interdisciplinary Center in Israel. Dr Tenenbaum is a graduate of Tel-Aviv University and the University of Chicago in measurement and research methods in psychology. He was previously the Director of the Ribstein Center for Research and Sport Medicine at the Wingate Institute in Israel, and the Coordinator of the Graduate Program in Sport Psychology at the University of Southern Queensland in Australia. From 1997-2001 he was the President of the International Society of Sport Psychology, and from1996-2008 the founder and Editor of the International Journal of Sport and Exercise Psychology.

Gershon received several distinguished awards for his academic and scientific achievements and is a fellow of the American National Academy of Kinesiology, the American Psychological Association (Division 3 - experimental psychology, and Division 47 – Sport and Exercise Psychology), and AASP, and member of several scientific and professional forums and societies.