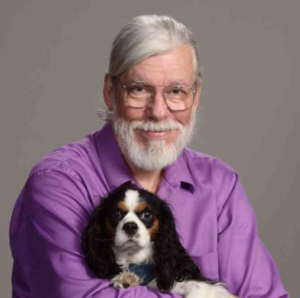 Gerard A. (Jerry) Jacobs, Ph.D., is Professor Emeritus and Director Emeritus of the Disaster Mental Health Institute at the University of South Dakota.  He has worked with domestic organizations (e.g., American Red Cross, American Psychological Association [APA], U.S. Centers for Disease Control, U.S. Department of Defense) and internationally (e.g., World Health Organization, International Federation of Red Cross and Red Crescent Societies, Asian Disaster Preparedness Center, International Union for Psychological Science, Japan Red Cross Society). His disaster responses ranged from minor events to the massive loss of life and chaos of the September 11, 2001 attack on the World Trade Center, the 2001 Gujarat, India earthquake, the 2004 Indian Ocean tsunami, and Hurricane Katrina.  Dr. Jacobs was an “invited expert” on the National Biodefense Science Board’s Subcommittee on Disaster Mental Health and served as a member of the National Academies of Science Institute of Medicine Committee on Preparing for the Psychological Consequences of Terrorism (Institute of Medicine, 2003).

Dr. Jacobs was the recipient of the 2007 International Humanitarian Award from the APA Board of Directors, the 2006 Distinguished International Psychologist Award from the APA Division of International Psychology, and a 2008 award from Division 48 (Society for the Study of Peace, Conflict, & Violence) and Psychologists for Social Responsibility “for contributions as a humanitarian worker.“ He has also received two APA Presidential Citation Awards.  In 2008 he received an award from the International Union for Psychological Science for “outstanding worldwide critical mental health contributions to disaster relief and to training.” The American Red Cross in 1995 presented him an award for his “pioneering efforts and leadership role in the development, implementation, and nurturing of the Disaster Mental Health Services function…” Dr. Jacobs was one of the first two American Red Cross National Consultants for Disaster Mental Health and held that post from 1992 to 2000. He also served on APA’s Advisory Committee for the national Disaster Response Network from its inception in 1991 until 2000.

He continues to perform private consultation, training, and Trainings of Trainers on Community-Based Psychological First Aid and Disaster Mental Health.