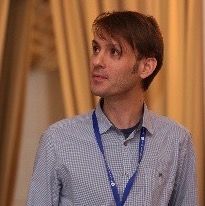 I received my Ph.D. from Ghent University (Belgium) in 2005. I was a visiting fellow at Vanderbilt University (USA) and Cardiff University (UK) before I became a senior lecturer at the University of Exeter (UK). In 2012, I was appointed to a Chair in Cognitive Psychology at Exeter. In 2017, I moved back to Ghent University to take up Research Professorship.

My contributions to psychology are in the study of ʻexecutive controlʼ mechanisms. Executive control is critical in everyday life and executive-control impairments underlie many psychopathological disorders and behavioral problems. However, this aspect of human functioning has proven to be one of the most difficult issues to tackle.

My work provides a detailed mechanistic analysis of the executive-control subsystems. I have demonstrated that various components of executive control, such as inhibition of impulsive actions, can itself be broken down into basic cognitive processes. I have also shown how executive (impulse) control can become automated with practice. Finally, I have shown that executive control, decision-making, and motivation are intimately related. This has established an integrated theoretical framework for human executive control.

As well as my theoretical and methodological contributions to research on executive function, my work also has mid- and long-term implications in clinical psychology and psychiatry: it increases the understanding of control deficits and contributes to the development of new and better behavioural treatments for impulse-control disorders, and more generally, to facilitating behaviour change in the wider population (e.g. with respect to overeating).