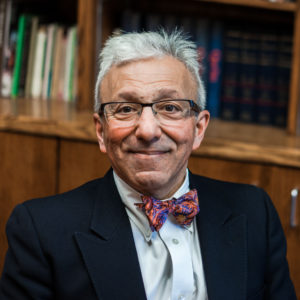 Fathali M. Moghaddam is Professor, Department of Psychology, and Director, Interdisciplinary Program in Cognitive Science, Georgetown University. For six years he directed the Georgetown Conflict Resolution Program. He is the editor of PEACE AND CONFLICT: JOURNAL OF PEACE PSYCHOLOGY (a quarterly journal published by the American Psychological Association).

Dr. Moghaddam was born in Iran, educated from an early age in England, and worked for the United Nations and for McGill University before joining Georgetown in 1990. He returned to Iran in the ‘spring of revolution’ in 1979 and was researching there during the hostage taking crisis and the early years of the Iran-Iraq war.

He has conducted experimental and field research in numerous cultural contexts and published extensively on radicalization, intergroup conflict, human rights and duties, and the psychology of dictatorship and democracy. Dr. Moghaddam formulated the 'Staircase to Terrorism' model, which has been extensively used in international research and practice. His most recent book is, Threat to Democracy: The Appeal of Authoritarianism in an Age of Uncertainty (2019). Other recent books include: Mutual Radicalization: How Groups and Nations Drive Each Other to Extremes (2018), The Encyclopedia of Political Behavior (2. Vols, 2017), The Psychology of Democracy (2016), and The Psychology of Dictatorship (2013). More about his research can be found on his website: fathalimoghaddam.com