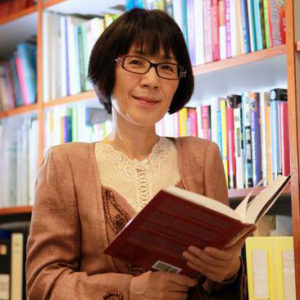 Speech title:
The Need for International & Intersectional Perspectives on Psychology of Women

Professor Fanny M.C. Cheung, PhD, JP, OBE, SBS
Professor Fanny Cheung is currently Vice-President for Research and Choh-Ming Li Professor of Psychology at The Chinese University of Hong Kong (CUHK). She established the first Gender Research Centre in Greater China in 1985 and the Gender Studies Program in 1997 in the University.

Highly regarded as a pioneer in gender equality in Asia, Fanny spearheaded the War-on-Rape campaign in Hong Kong in late 1970s. She served as the Founding Chairperson of the Equal Opportunities Commission in Hong Kong (1996-99) and a special delegate to the 7th to the 11th Sessions of the National Congress of Chinese Women in China (1994-2018). She initiated university policies against sexual harassment in Hong Kong and China, instituted gender mainstreaming training in the public sector, and chaired the Advisory Committee on the Elimination of Discrimination Against Sexual Minorities of the Hong Kong SAR Government (2013-2016).

Fanny obtained her BA and PhD in Psychology from University of California, Berkeley and University of Minnesota, respectively. Her research expertise lies in cross-cultural personality assessment and psychopathology, gender equality, and women leadership. Her development of combined emic-etic personality assessment in non-Western contexts helped to mainstream culture in psychology. Her academic publications total over 200 internationally refereed works. Her latest book, the Cambridge International Handbook on Psychology of Women co-edited with Diane Halpern will be released in 2020.