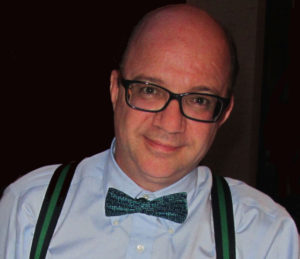 Erick Janssen, PhD, is Professor at the Institute for Family and Sexuality Studies (IFSS) at the University of Leuven, Belgium, and Senior Research Fellow at the Kinsey Institute at Indiana University, USA. He has published extensively on the topics of sexual psychophysiology, sexual aggression, hypersexuality, sexual dysfunction, risky sexual behavior, and sexuality in close relationships.

Together with John Bancroft, MD, he developed the Dual Control Model of Sexual Response. This model, with its focus on individual differences in the propensity for sexual excitation and inhibition, has opened up a new research agenda with wide relevance and is being used and tested by researchers around the world.

Dr. Janssen has received a number of awards, including twice the Hugo G. Beigel Award for best publication in the Journal of Sex Research, and, with his students, the SSTAR Award, the IASR Best Student Manuscript Award, and the Reiss Theory Award. He is past President of the International Academy of Sex Research (IASR) and founder of international networks of sex researchers in Europe (EuroSex) and of researchers around the world in the field of sexual psychophysiology (SexLab).