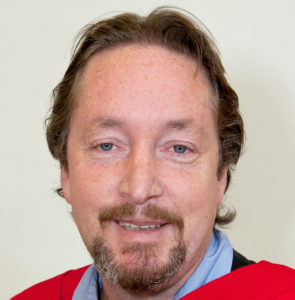 Colin Tredoux is Professor of Psychology at the University of Cape Town.
He obtained his PhD at UCT, and has worked as a lecturer there since the late 1980s, obtaining a professorshiping 2007.

He was Chairperson of Division 10, Psychology and Law, of the IAAP, for the period 2014 to 2018, and remains on the executive committee of that Division.

One of his areas of research in Psychology and Law is the Own Group Bias in face recognition, and he has been concerned in recent research to connect work on this bias to social psychological phenomena, including contact avoidance, as also geographic segregation phenomena.