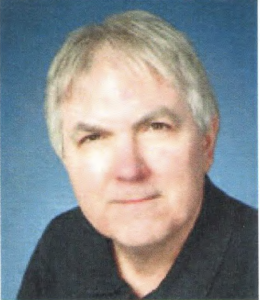 Art Graesser is a professor in the Department of Psychology and the Institute of Intelligent Systems at the University of Memphis,,as well as an Honorary Research Fellow at University of Oxford. He received his Ph.D. in psycnology from the University of California at San Diego.

His research interests question asking and answering, tutoring, text comprehension, inference generation, conversation, reading, problem solving, memory, emotions, artificial intelligence, computational linguistics, and human-computer interaction. He served as editor of the journal Discourse Processes (1996-2005) and Journal o f Educational Psychology (2009-2014), as well as presidents of 4 societies, including Society for Text and Discourse (2007-2010), the International Society for Artificial Intelligence in Education (2007-2009), and the Federation of Associations in the Behavioral and Brain Sciences (2012-13).

He and his colleagues have developed and tested software in learning, language, and discourse technologies, including those that hold a conversation in natural language and interact with multimedia (such as AutoTutor) and those that analyze text on multiple levels of language and discourse (Coh-Metrix and Question Understanding Aid -- QUAID). These systems implement the latest advances in artificial intelligence and computational linguistics. He has served on four panels with the National Academy of Sciences and four expert panels in Organisation for Economic Co- operation & Development (OECD) on problem solving, namely the 2011 Programme for International Assessments of Adult Literacy (PIAAC) on Problem Solving in Technology RichEnvironments, the 2012 Programme for International Student Assessment (PISA) on Complex Problem Solving, PISA 2015 on Collaborative Problem Solving (chair), and PIAAC 2021 on Adaptive Problem Solving 2021 .

He has published 3 books, 17 edited books, and over 600 publications in journals, books, and refereed conference proceedings. He has received outstanding lifetime research achievement awards from the American Psychological Association, the Society for Text & Discourse, and the University of Memphis, as well as one of three 2018 Harold W. McGraw Prizes in Education.