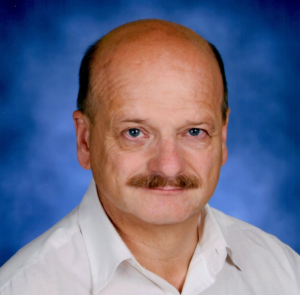 PhDr. A. Furman, CSc. graduated from the Pavol Jozef Šafárik University in Košice, Slovakia in 1982. He started his professional career at the Regional Pedagogical-Psychological Counseling Center (KPPP) in Banská Bystrica, Slovakia. Later, he did his PhD studies at the Research Institute of Child Psychology and Pathopsychology in Bratislava (VÚDPaP) and briefly, for two years, worked at the Institute of Creativity of the Slovak Academy of Sciences in Bratislava. Early in his career, Dr. Furman developed intensive communication and collaboration internationally, with the International School Psychology Association (ISPA) in particular. Shortly after coming back to Banská Bystrica to become an Assistant Professor of Psychology at the local Pedagogical Faculty he organized the XVI. ISPA Colloquium at the Matej Bel University, the first conference this professional association convened in Eastern Europe after the revolutionary changes that took place in 1989.

Dr. Furman is a founding member of the School Psychology Association of the Czech and Slovak Republics and its first president (the association split into two associations functioning in the Slovak Republic and Czech Republic independently several years ago). He was also president of the ISPA, spending six years as part of its Executive Committee.

After emigrating to the USA in 1998, Dr. Furman started collaborating with Dr. Richard Woodcock and his team on a project that brought international versions of the Woodcock-Johnson Tests of Cognitive Abilities to four European countries including Latvia, Hungary, Slovakia and Czech Republic. Working as a school psychologist in Washington State since 2004, Dr. Furman uses his experience and devotes much of his summer breaks to workshops and trainings of psychologists using the Woodcock-Johnson Tests, mainly in Slovakia and the Czech Republic. Dr. Furman’s unique professional experience and international collaboration allow for insights and comparisons between psychological services in the USA, Czech Republic and Slovakia.