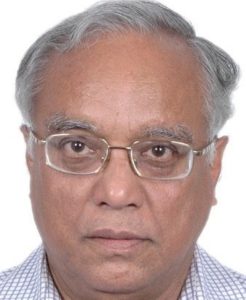 AJIT K. MOHANTY, Ph. D. (Alberta, Canada) is an educational psycholinguist working on Multilingual Education (MLE), Language Policy in Education and Education of Indigenous, Tribal, Minority and Minoritized Communities. He was an ICSSR National Fellow after his retirement in 2011 as Professor of Psychology (and former Chairperson) in Zakir Husain Centre for Educational Studies, Jawaharlal Nehru University, India. He taught in different Universities for 42 years including 28 years as a Professor. He has over 180 publications in different National and International Journals and as Book Chapters and 8 books in the areas of multilingualism, poverty and indigenous psychology. His latest book The Multilingual Reality: Living with Languages (2019), is published by Multilingual Matters, UK/USA. He was the President of the National Academy of Psychology, India. He was a Fulbright Visiting Professor in Columbia University, New York and a Visiting Professor at the University of Western Ontario, Canada. Earlier he was a Fulbright Senior Scholar (University of Wisconsin, Madison), Killam Scholar (University of Alberta), Senior Fellow (Central Institute of Indian Languages), and Nehru Chair Professor in HDFS Department, M.S. University, Baroda (India). He has delivered invited lectures in Universities and academic institutions in over 35 countries. He is the founder Director and currently the Chief Adviser of the National Multilingual Education Resource Consortium (NMRC) at JNU. He was an International Consultant to Governments of Finland and Nepal for Developing Multilingual Education Policy and Strategy for Nepal. Professor Mohanty drafted the 2014 Policy for Mother Tongue based Multilingual Education of tribal children in Odisha (India). He is a Fellow of the National Academy of Psychology, India and a Fellow of the Association of Psychological Science, USA. Professor Mohanty was a UGC Emeritus Professor of Psychology in Utkal University, India. He has written weekly columns in Odia newspapers for over 12 years and articles in Odia magazines. Bhāsā Kathā, Bhāsā Byathā is his recently published book in Odia dealing with issues of Language and Education.