Prague Castle with St. Vitus Cathedral, Lesser Town Bridge Tower and Charles Bridge stretching over the Vltava — all of them make the world-famous landmark view of the City of Prague.

Charles Bridge connects two historical centres – Malá Strana (Lesser Town) and The Old Town – and in the daytime it is full of tourists taking the best pictures of the surrounding skyline. If you go walking on Charles Bridge early in the morning, you will be rewarded with a magnificent sunrise. In the afternoon, the bridge comes alive with street artists and in the evening, it becomes a romantic setting for your stroll to a restaurant or a bar.

Charles Bridge was named after Emperor Charles IV of Luxembourg, who was an influential monarch in the 14th century. He had the bridge built in place of a stone bridge called Judith Bridge, which had been pulled down by a flood in the 13th century. 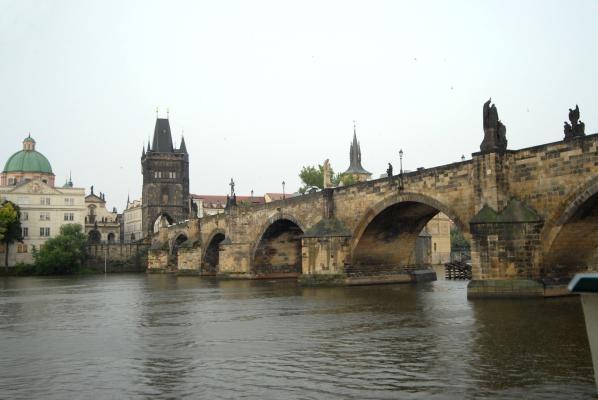 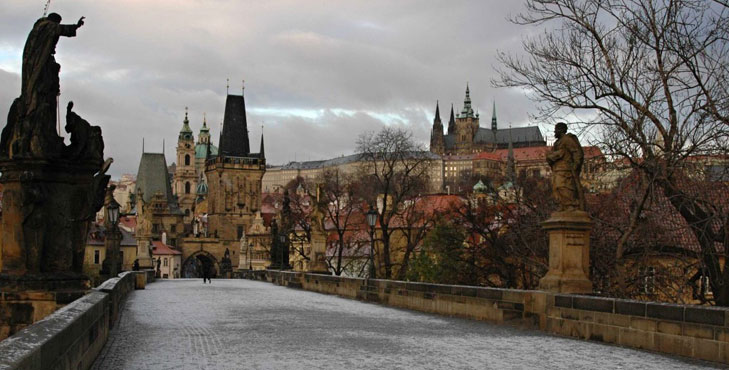