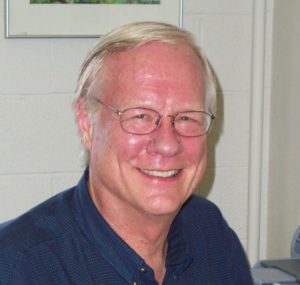 Winter is a personality and social psychologist with a special interest in relationships between personality and social contexts (such as political institutions, history, and social and educational structures).  His research has focused on the psychological aspects of conflict escalation, war, and peace; power and power motivation; authoritarianism, and the motivational bases of leadership. He has pioneered development of ways of objectively measuring, at a distance, the personalities of political leaders and historical figures.

He is the author of The Power Motive; Motivating Economic Achievement (with D. C. McClelland); translation and editing of Otto Rank’s The Don-Juan Legend; A New Case for the Liberal Arts (with D. C. McClelland and A. J. Stewart); Personality: Analysis and Interpretation of Lives; and most recently Roots of War: Wanting Power, Seeing Threat, Justifying Force (Oxford University Press, 2018), as well as numerous papers in psychological journals.

At Michigan, he served for many years as chair of the Personality and Social Contexts Area of the Psychology Department, and was interim director of the Interdisciplinary Program in Organizational Studies.

Winter has been a Rhodes Scholar and Guggenheim Fellow, and has received the Henry A. Murray Award from the Society for Personality and Social Psychology.  He is a past president and past Councilor of the International Society of Political Psychology, from which he has received the Harold Lasswell Award for distinguished scientific contribution to the field, and the Jeanne Knutson Award for service to ISPP.